Sex trafficking is when someone uses fraud, force, or coercion to get another person to perform commercial sex. Anyone under 18 doing commercial sex is automatically considered trafficked.

In the United States, there are two primary ways women are trafficked. The first is when foreign women are lured to the U.S. with promises of legitimate jobs paying far more than they can earn at home, usually in hospitality or domestic service. Then they are forced into sex work instead. 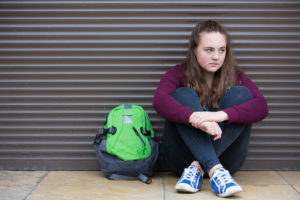 The second is when runaways, homeless, or girls who otherwise lack a family or community safety net are taken in by traffickers. A trafficker may start off as a boyfriend, then require the girl to have sex with other men and give him the money. In these situations girls may be controlled by threats of violence, emotional manipulation, or the supply of illegal drugs.

Profiles of several teen girls taken to be trafficked for sex in American suburbs. From ABC news.

Tips on protecting teenagers from being entrapped by traffickers online. From internet safety 101.

Information from the Israel government’s anti- trafficking office with information on what has been done to prevent sex and labor trafficking in Israel, along with current problems.

Link to the Human Trafficking hotline. It is operated by Polaris, a non- government non-profit organization devoted to ending human trafficking. The hotline is a place to report tips about possible trafficking and a place people being trafficked can turn to for help.

‘Sex Trafficking of Americans: The Girls Next Door’ from Vanity Fair Magazine.