In 1952, Israeli Prime Minister David Ben-Gurion argued in favor of accepting reparations from Germany. He gave two reasons. First, the practical: Israel’s fledgling economy was in great need of assistance. Unemployment was high, foreign currency reserves were scarce, and Israel was still recovering from the war of independence. Second, as he put it: So the murderers did not also become the heirs.

Ben Gurion based his reparation demand on two figures. First was the cost of absorbing approximately 500,000 Jews that had escaped Europe. The second was the value of Jewish property stolen by the Nazis. After negotiations West Germany agreed to pay Israel approximately $845 million. 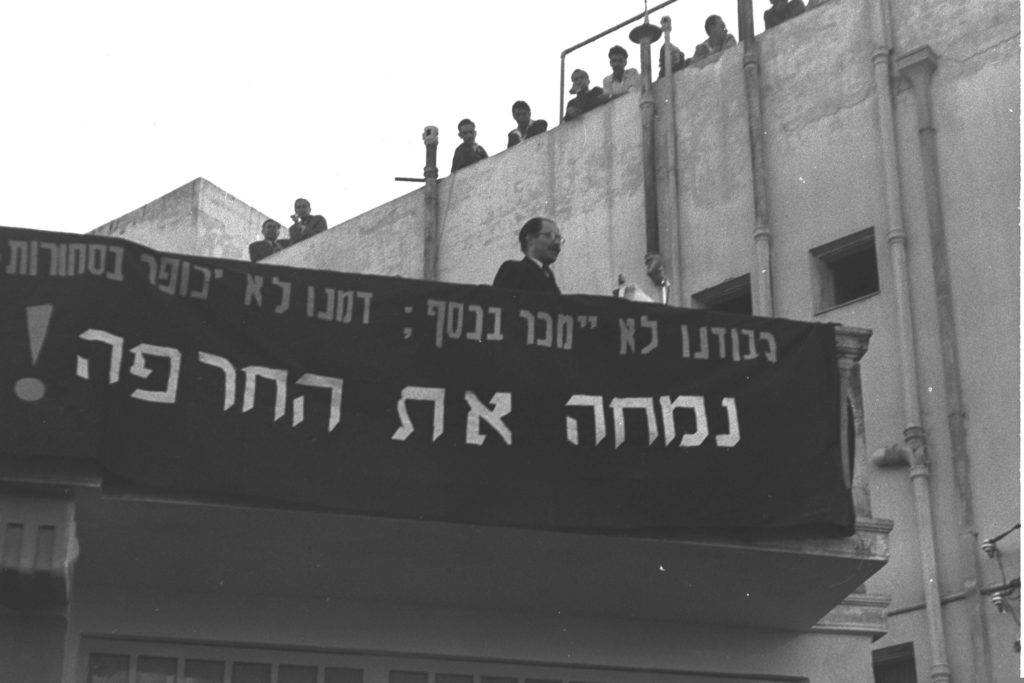 Nevertheless, there was fierce resistance in Israel to accepting these payments. In 1952, 15,000 people rallied outside the Knesset to protest the arrangement, calling the reparations blood money. Opposition was led by Menachem Begin, with the slogan ‘Our honor shall not be sold for money, our blood shall not be atoned for with merchandise!’

The agreement did pass the Knesset, and Germany made payments over the course of the next decade. The reparations money funded around  From 1953 to 1963, the reparations money funded around one-third of investment in Israel’s electrical system, helping it to triple its capacity, and nearly half the total investment in Israel Railways, which obtained German-made rolling stock, tracks, and signaling equipment. The reparations were also used to purchase German-made machinery for developing the water supply, oil drilling, mining equipment for use in extracting copper from the Timna Valley mines, and heavy equipment for agriculture and construction such as combines, tractors, and trucks. Funds from the reparations were also used for port development; the Port of Haifa was able to obtain new cranes. The Bank of Israel credited the reparations for about 15% of Israel’s GNP growth and the creation of 45,000 jobs during the period they were in effect.

More On Israel's Acceptance of Reparations from Germany

A Wikipedia article summarizing the conflict over Israel’s acceptance of holocaust reparations.

An overview of the conflict surrounding Israel’s acceptance of holocaust reparations from the Jewish Virtual Library.

A 2001 article in Commentary magazine exploring in depth some of the ethical problems raised by holocaust reparations claims advanced later on.